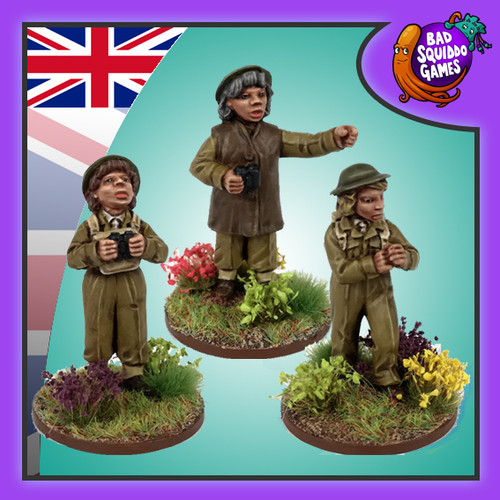 The Auxiliary Territorial Service (ATS; often pronounced as an acronym) was the women's branch of the British Army during the Second World War. It was formed on 9 September 1938, initially as a women's voluntary service, and existed until 1 February 1949, when it was merged into the Women's Royal Army Corps. This pack is designed to work with any of the air defence equipment from searchlights to bofores, radios to the Cinetheodolite. They can also be used without the equipment, just as ATS observing the skies. Perhaps in a town situation, or out on an observation post. This pack contains 3 x single piece miniatures in 28mm scale, cast in high quality metal. Compatible with all the main WW2 companies that makes the chaps. Supplied unpainted. Sculpted by Alan Marsh, shown painted by Troy Small of Sonic Sledgehammer Studio.
×