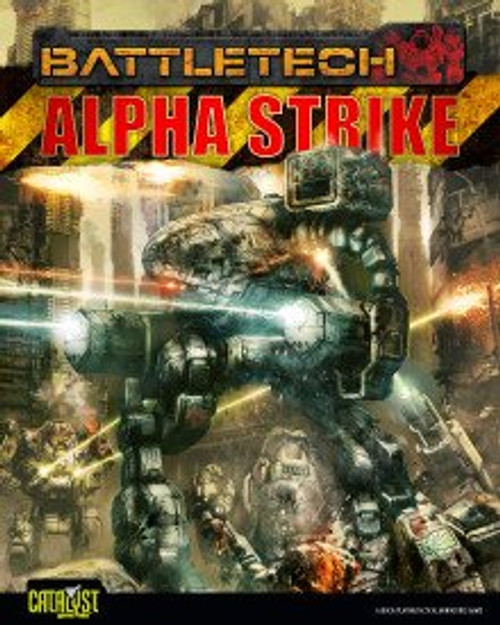 For centuries, the armies of the Great Houses have fought to reclaim the glory of the fallen Star League, sending regiments of their elite MechWarriors into battle across hundreds of worlds as humanity slid inexorably toward a new Dark Age. The coming of the Clans--descendants of the lost Star League army--did little to stem the slaughter. It only raised the stakes.

Alpha Strike is a new, fast-playing form of the BattleTech game of futuristic, armored combat. Developed for the modern tabletop miniatures wargamer, this book brings players the ability to wage war on land, sea, and air using the Quick-Strike game system first devised for truly large-scale play, re-scaled to the tactical level of ˆ_Ñ??classicˆ? BattleTech. Complete with sample armies and a ready-to-play campaign system, all you need besides this book are dice, miniatures, and tabletop terrain to fight for control over the Inner Sphere on land, sea, and air--one world at a time!

BattleTech: A Game of Armored Combat