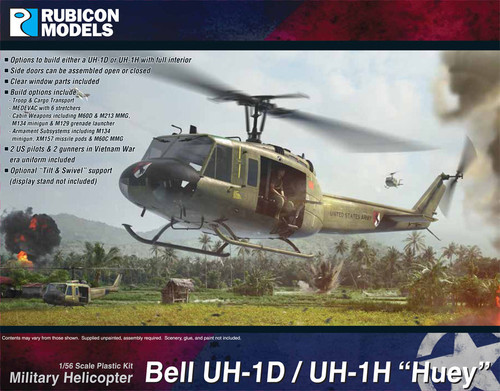 The Bell UH-1 Iroquois (nicknamed Huey) is a utility military helicopter designed and produced by the American aerospace company Bell Helicopter. It is the first member of the prolific Huey family, as well as the first turbine-powered helicopter in service with the United States military.

Product Highlights:
- Options to build either a UH-1D or UH-1H with full interior
- Side doors can be assembled open or closed
- Clear window parts included