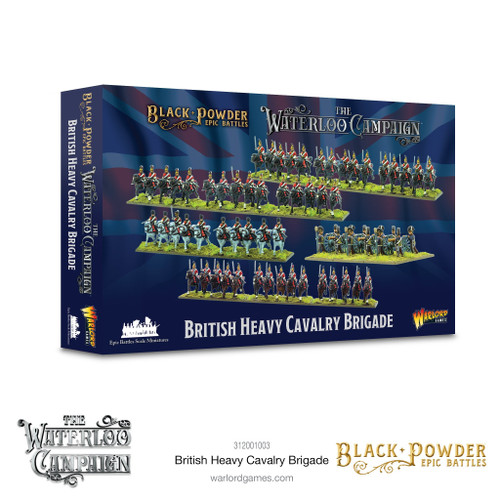 Arguably the best shock cavalry of the period, the British heavy cavalry showed great bravery but poor control on the day of Waterloo. These heavy cavalry smashed the French columns to pieces but, due to their poor leadership, they were destroyed by the French in turn. There were two heavy cavalry brigades, the Household division with four regiments and the Union Brigade with three. To give close support the Royal Horse Artillery attached to them field fast-moving, deadly 6-pounder guns. Sound the charge!