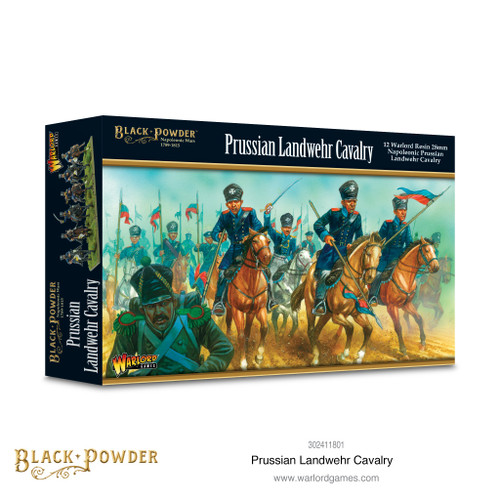 Formed in 1813, the Landwehr Cavalry was a huge force of mounted trained militia, similar in form to their infantry counterparts. The force was a massive asset to the Prussian war machine as they totalled over thirty regiments by the Hundred Days Campaign.

The Landwehr cavalry wore dark blue Litewka long coat with collars and cuffs in provincial colours. Headgear was a mix of traditional feldmutze cap and shakos – often in oilskin and with a white cross painted on. Lance pennons could vary and often reflected the uniform trim halved with white, but by the time of Waterloo all Landwehr cavalry had swapped to the standard black and white pennons.

The lance-armed Landwehr cavalry fought well on the field, comprising some 40% of Blücher’s cavalry at Waterloo – a great excuse to field lots of these brave sons of Prussia on the tabletop!