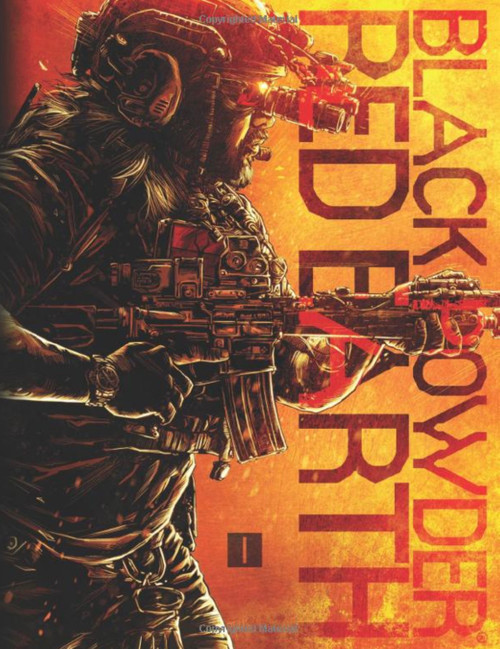 Graphic Novel - Companion to the game

Awbari burns. A failed state at war with itself. A failed revolution, and a desperate scramble for power. Two puppet governments, proxies of a totalitarian state and an energy hedge fund, trade countless human lives for resources measured in billions of dollars. State-sponsored mercenaries and Islamist terrorists fight an endless civil war to stalemate. A stalemate swollen with refugees, suffering and mass graves. To sever the ratlines of jihad into the country, a special-purpose force of private military contractors is formed to destroy the terrorist safe havens in neighboring Qasra. Veterans of the Syrian and Iraq wars, they kill zealots and the Chinese mercenaries who control them in relentless strikes.

Inside the nascent Awbari dictatorship, intrigue.

Generals, oligarchs and tribal leaders squabble over wealth and power