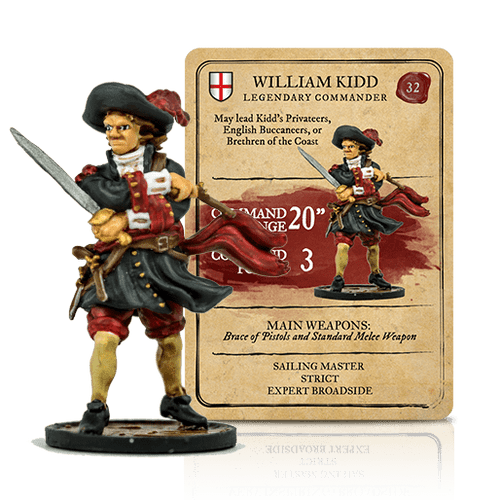 Socialite, patriot, pirate. The English privateer, Captain William Kidd, was an enigmatic figure who proved how thin the line was between countryman and outlaw. Before his fateful voyage to the Indian Ocean, he was regarded as a capable and faithful commander. In the words of one naval officer, Òhe was a mighty man who fought as well as any man I ever saw.Ó Contents 1 28mm unpainted lead-free pewter miniature. 1 Legendary Figure Card