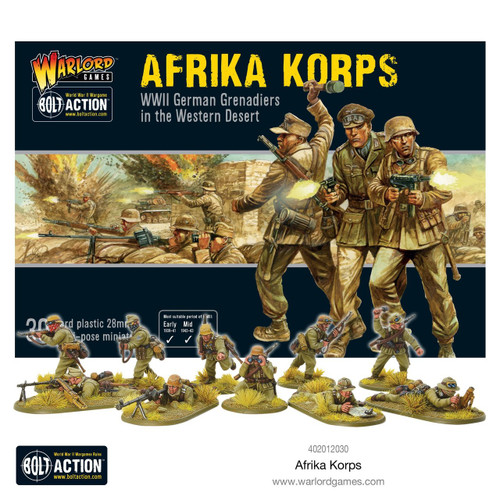 Sent to bolster their beleaguered Italian allies facing the combined forces of the British Commonwealth in North Africa, the Deutsches Afrika Korps proved a dangerous opponent. Commanded by the legendary Erwin Rommel, the Afrika Korps fought a series of ferocious battles in Egypt and Libya as each side pushed the other to breaking point.

Fighting in what was referred to as the last 'Gentleman's War', the German soldier was well respected by those he faced, be they British, Australian, Indian or other nationalities.