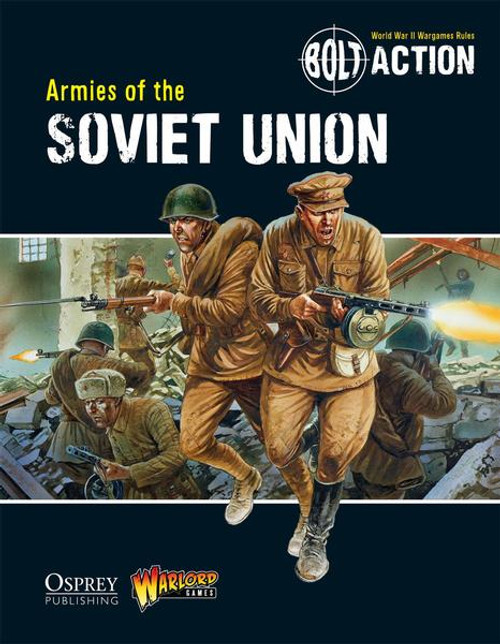 This book provides Bolt Action players with all of the information they need to field the military forces of the Soviet Union. From the bitter urban warfare of Stalingrad, through the Winter War against Finland and the final drive to Berlin, the detailed army lists provided in this supplement allow players to construct Soviet armies for any theatre and any year of the war.

Written by Andy Chambers, a copy of the Bolt Action rulebook is needed to use this supplement.