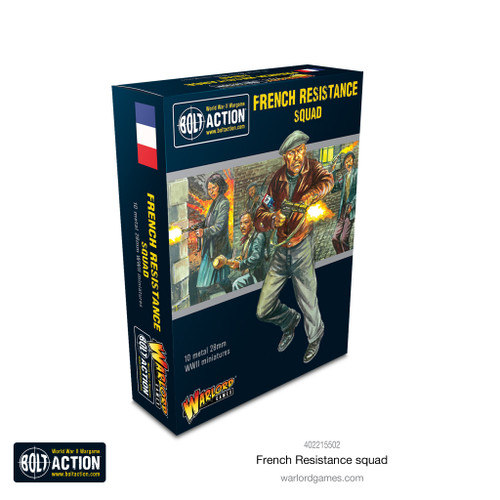 The exceptional men and women of the French Resistance were fiercely patriotic citizens who risked everything to fight back against the occupying German Forces. From sowing disinformation or assassinating German personnel and collaborators, to direct attacks on German infrastructure, they prevented thousands of German troops from fighting the Allies on the frontlines.

Armed with captured German weaponry, Allied supplied guns and their own local shotguns and hunting rifles, the Maquis made good use of their intimate knowledge of their homeland to keep the German forces on guard, unsure where or when the next guerilla attack would come.

The figures in this set represent the partisans of the French Forces of the Interior (FFI), but are equally suitable for most resistance forces, be they in Poland, the Soviet Union or many of the other countries living under the heel of Germany's jackboot.