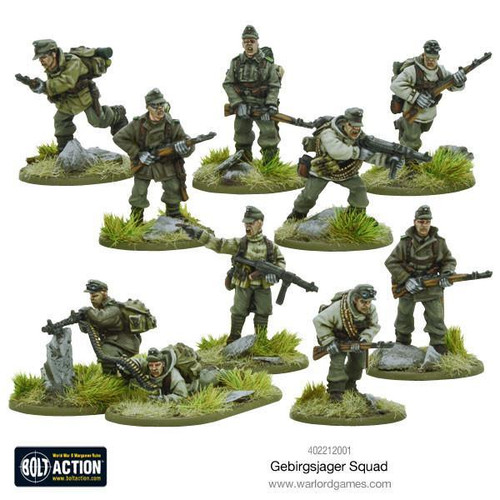 Specialist training bred hardened fighters and the Gebirgsjäger (mountain infantry) were regarded as elite alongside Fallschirmjager. Gebirgsjäger originated from the Alpenkorps of WWI, where they were used to defend the mountain passes from their Italian equivalent, Alpini.

Their symbol was the edelweiss, a flower that they also traditionally wore in their caps and collars, adopted in 1907 it eventually became the universal emblem worn by all mountain troops. The flower only grows at higher altitudes and means "noble purity."

Specially trained to operate in mountainous and other difficult terrain and extreme climatic conditions, Gebirgsjäger divisions were used in virtually every theatre from Poland, Norway, Africa, Crete and the Balkans, and Soviet Russia throughout the war.