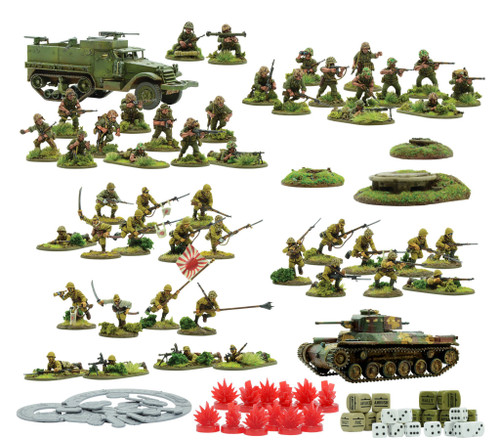 The battles of World War Two ravaged the entire world. Where the Band of Brothers starter set is very much concerned with the European Theatre in the wake of D-Day, our brand new starter set shifts focus to the Pacific, pitting the United States Marine Corps against Japanese Island defenders in some of the most brutal and hard-fought battles of the War.

The new starter set is focussed on the island-hopping campaigns enacted by the US to reclaim Japanese advances.