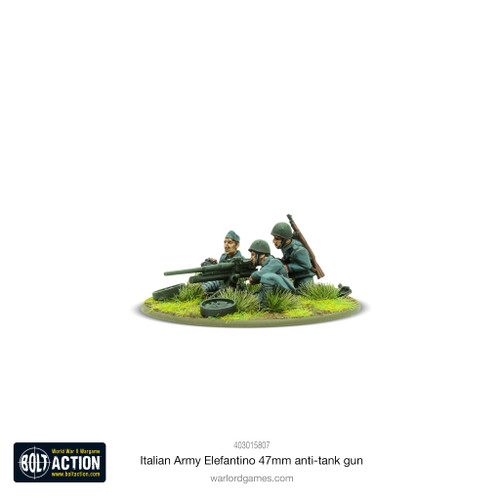 The 47/32 was a licensed Austrian light artillery piece that primarily served in an anti-tank role. When firing HEAT [High Explosive Anti-Tank] rounds, the 47/32 was an effective anti-tank platform in the earlier stages of the war. With a low silhouette (made even lower by the removal of its wheels – a common practice) and relative high mobility, the Elefantino proved itself in battle time and again. The same weapon equipped the main gun of the Italian mainstay tank, the M14/41, and the 47/32 self-propelled gun.

Contains Metal Gun with three Crew with Plastic Base.