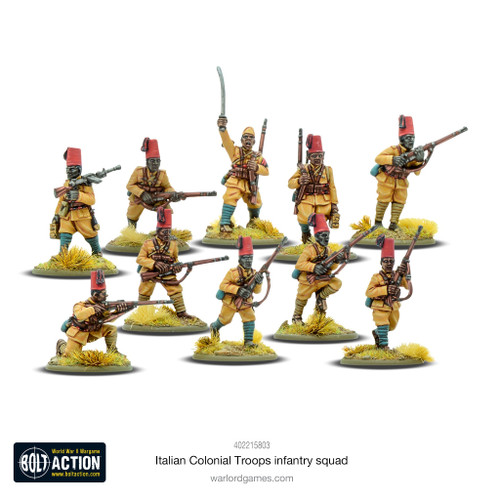 Italy, seeking to secure its place amongst the powers of Europe, began colonization of a number of African countries in the late 19th century, amongst these being Eritrea.

Eritrean Ascari battalions became a permanent fixture of Italian East African colonization, supplied with Italian weapons and equipment. Serving with distinction in WWII, ascari were crucial in the North African campaign. They were well-regarded and fierce fighters who served until the fall of Italian East Africa in 1941.