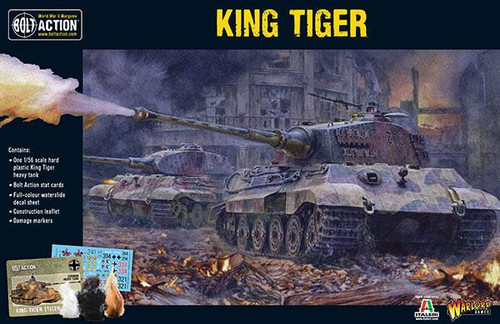 The Königstiger (officially named the Panzerkampfwagen Tiger Ausf. B or Sd.kfz 182) more commonly known as the ‘King Tiger’ or ‘Royal Tiger’ by Allied troops, was a development of the fearsome Tiger I tank. Its introduction to hostilities in 1944 caused significant problems for the Allies but ultimately it saw action too late and in tew fewer numbers to have a game-changing impact on the war.

Packed with stunning detail as you would expect from an Italeri kit, this box contains: