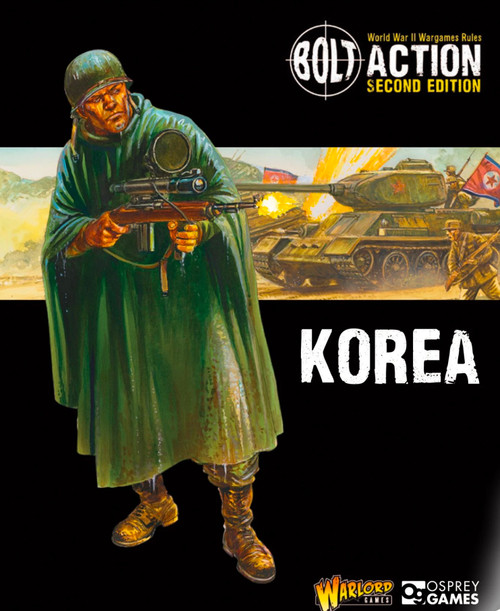 Fought between 1950 and 1953, the Korean War was one of the first major conflicts of the Cold War. Backed by the Soviet Union and Communist China, the North Korean regime battled for control of the peninsula against the South Korean government and a 21-country UN task force.

Inside the book, you'll find a comprehensive history of the conflict with details of every major battle fought between the two sides. It also includes details of the various forces and their organisation, commanders, and equipment. Scenarios are provided for many of the battles, along with comprehensive force selectors to help you assemble your force.

A copy of the Bolt Action 2nd Edition rules is needed to use this supplement.