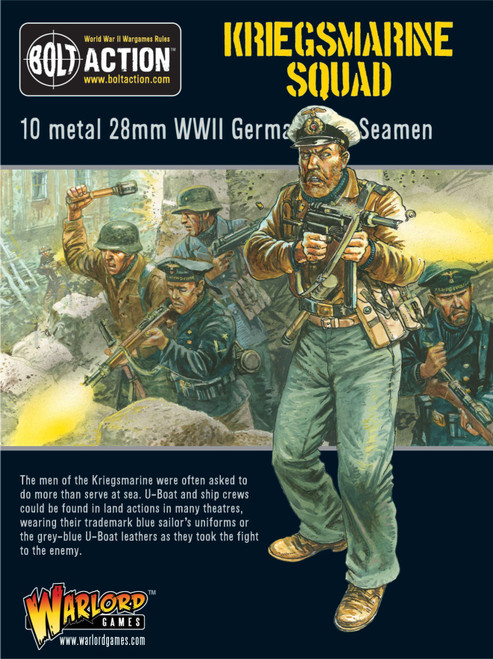 The men of the Kriegsmarine were often asked to do more than serve at sea. U-Boat and ship crews could be found in land actions in many theatres, wearing their trademark blue sailor’s uniforms or the grey-blue U-Boat leathers as they took the fight to the enemy.

The German Navy (or Kriegsmarine) had the peculiar battle honour of being involved in the first action of WW2 and also its last.