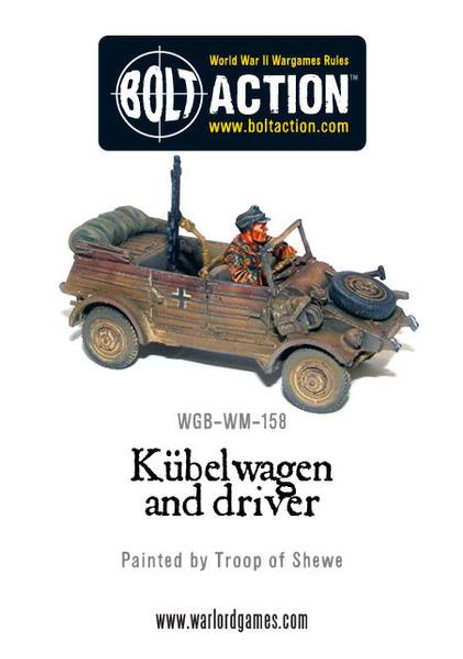 The Kubelwagen was the military version of the Volkswagen and proved a reliable, rugged and much-liked little workhorse that saw action on every front from the start of the war.

Although it lacked the four-wheel drive of Allied Jeeps, this was compensated to some extent by its lighter construction, locking differential and good ground clearance. It could carry four men - three plus a driver - sufficient to carry a weapon team or an HQ unit