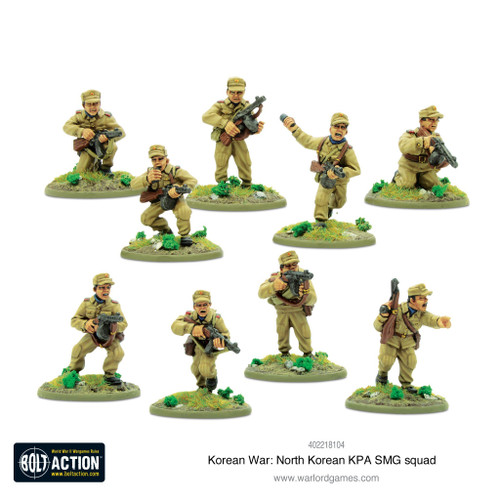 The basic KPA infantry squad consisted of ten men led by a sergeant and a junior sergeant (equivalent to a Corporal). Each squad included a light machine gun and required a second man to act as a loader. Dedicated submachine gun armed companies were formed in the KPA at a regimental level. The primary purpose of the submachine gun company was to serve as the recon company for the infantry regiment. Each soldier is armed with the PPSh 41.