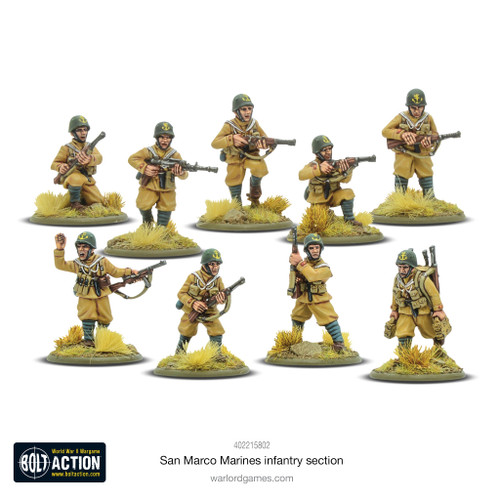 Under Mussolini, the lone battalion of San Marco marines would take part in the Abyssinian and Albanian campaigns, eventually incorporating a second battalion to form the Reggimento San Marco.

The Marines formed the assault backbone of the Forza Navale da Sbarco (Naval Landing Force) and would participate in the landings on the Dalmatian coast and various Greek islands and take part in counter-partisan operations in Montenegro. By 1942, a third battalion was formed and this was deployed to North Africa where they distinguished themselves at Tobruk.