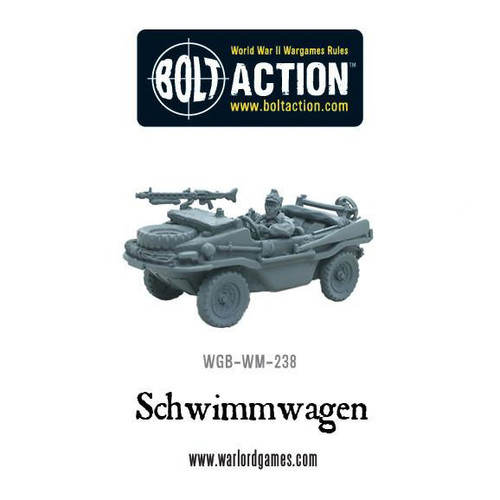 The Schwimmwagen was adapted from the Kubelwagen to produce a four-wheel drive amphibious vehicle. It was widely used - and not just in an amphibious role - fulfilling a similar function to jeeps in the Allied armies.

This vehicle was in use throughout the conflict in most theatres.