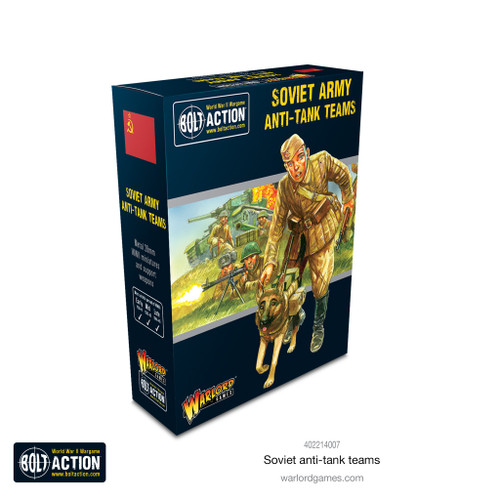 Whilst most nations were finding the anti-tank rifle underpowered against the latest armored vehicles the Soviet continued to field them in large numbers even though to be truly effective they would need to be fired at a dangerously close range. The Ampulomet was a strange mortar-like device which threw a glass ball containing a mix of phosphorus and sulphur up to 400 yards albeit inaccurately.

Possibly the most unusual and controversial of anti-tank weapons are the 'dog mines'. Fitted with a simple lever which would trigger the carried charge when the dog sought refuge under enemy tanks or vehicles. Many animals simply ran from the noise and smells of battle whilst others bolted for the safety of Soviet machines or trenches.