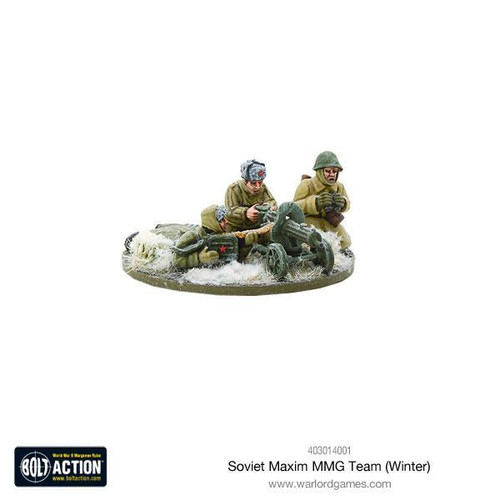 The red army used the venerable Maxim Model 1910 as its medium machine gun throughout the war, the very same weapon that had served the Tsarist army in world war 1. It was a capable weapon that could be tripod-, sledge- or wheel-mounted and was often given a useful shield to help preserve the crew.

The Maxim was so heavy and cumbersome, however, unlike most other Soviet weapons, the Germans seldom made use of captured examples.