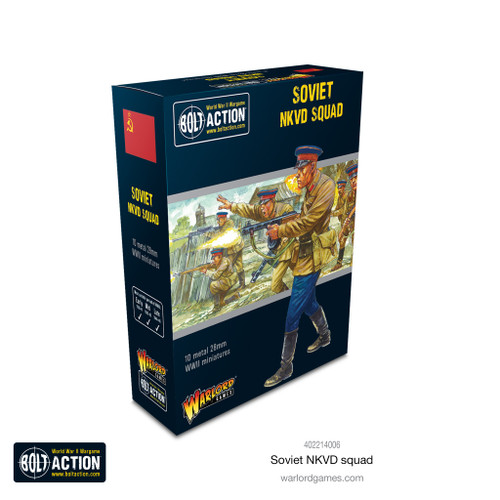 In the normal course of operations NKVD troops set up ‘blocking positions’ just behind the battle line to turn back fleeing troops with machine gun fire if necessary. NKVD checkpoints at bridges and road junctions monitored all traffic behind the front and were sometimes disguised as bridge-building crews or road repair gangs to catch out unauthorised movements. In 1943 the SMERSH (acronym from the Russian for ‘Death to Spies’) agency was formed as a distinct branch of the NKVD to carry out these tasks.

The figures in this set can also be painted to represent the Border Guards units with their trademark green caps.