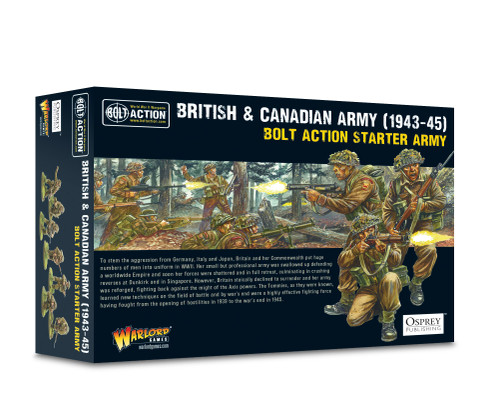 Containing no less than 36 highly customizable plastic infantry, supplemented by weapons teams, transports and a Churchill tank (itself highly customizable as you can build any one of seven variants) this boxed set gives you a highly effective and balanced starting force for a British or Canadian army.