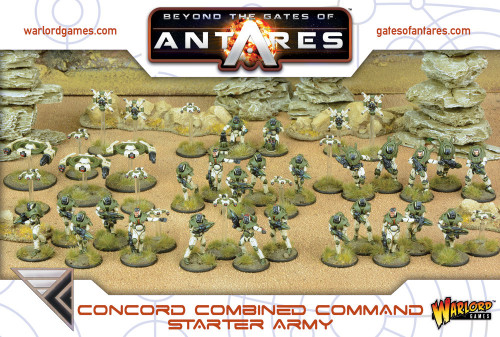 The military of the Panhuman Concord is organised and directed by a branch of the IMTel called the Concord Combined Command – otherwise known as CoCom or more commonly as C3. The Concord responds to threats against it with logical ruthlessness, organising and dispatching heavily armed forces throughout Antarean space. The Concord armed forces are the most sophisticated and most powerful in all of Antarean space.