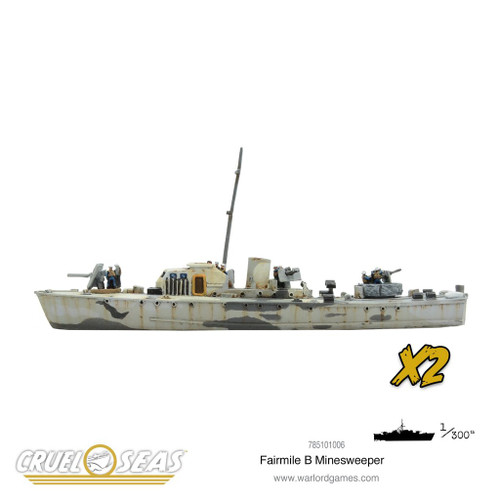 The Fairmile B class Motor Launch weighed in at 85 tonnes and 112 feet long. Crewed by 16 men it could make in the region of 20 knots through its 1200 hp petrol engines. The coastal forces were able to convert the Fairmile B into quite a varied assortment of roles - we see it here configured as a minesweeper. Vessels of this type saw action during the siege of Malta, using their shallow draught to avoid mines that would have scuppered larger trawlers.