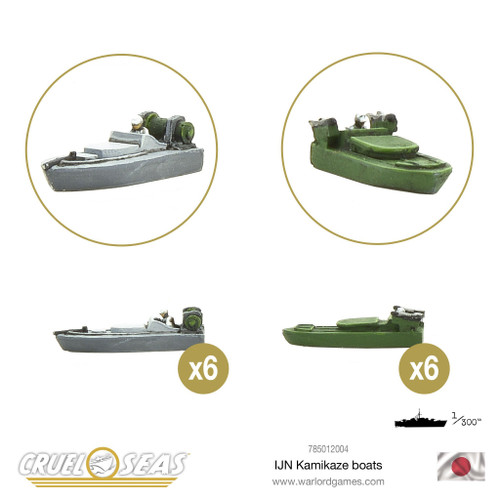 Just as Nazi Germany had to reach for desperate solutions toward war’s end, Japan followed their air force in developing a Kamikaze or suicide weapon that might just turn the tide of the battle. These were the Shin’yo (Seaquake) speedboats. Over 6,000 were built after 1943. A one-man power boat with a speed of 30 knots and a massive 700-pound explosive charge, they were to be run at enemy vessels and if a hit scored it would be deadly. The army also built tiny speedboats, the 2-man Maruni which carried two depth charges as its main weapon.