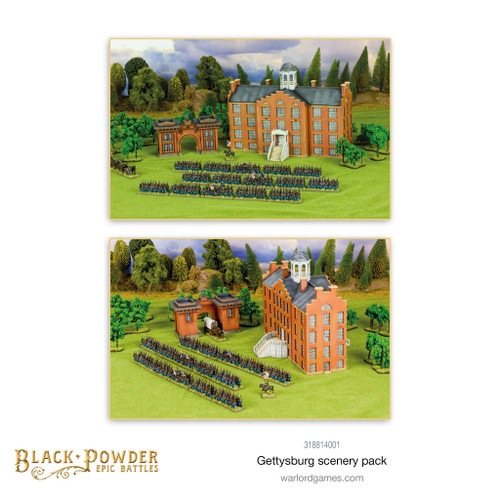 This scenery pack is designed to allow you to lend your replications of the battle using the Epic Battles system extra authenticity. It includes the Schmucker House, originally constructed as the Theological Seminary building. This site was used by both the Union and Confederate forces as a hospital during the battle.

The Cemetery Gatehouse, meanwhile was used as a HQ for XI Corps (Union Army). Major-General Howard had recognized the advantage offered by the high ground of the cemetery and lined his artillery along what came to be known as ‘Cemetery Hill’.