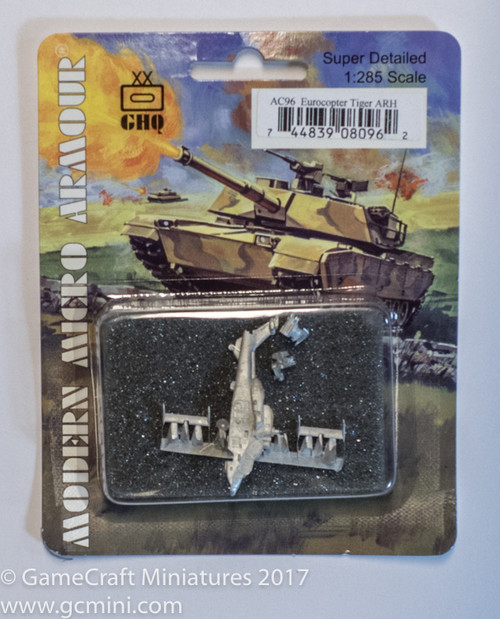 The Tiger ARH (Armed Reconnaissance Helicopter) is the version ordered by the Australian Army to replace its OH-58 Kiowas and UH-1 Iroquois-based 'Bushranger' gunships. The Tiger ARH is a modified and upgraded version of the Tiger HAP with upgraded MTR390 engines as well as a laser designator incorporated in the Strix sight for the firing of Hellfire II air-to-ground missiles. Instead of SNEB unguided rockets, the ARH will use 70 mm (2.75 in) rockets from Belgian developer, Forges de Zeebrugge (FZ). 22 of the variant were ordered in December 2001. Most of the helicopters will be operated by the 1st Aviation Regiment based at Robertson Barracks in Darwin.

The first two ARH helicopters were delivered to Australia on 15 December 2004. ARH deliveries were to be completed by June 2010. Full operating capability was planned for December 2011.