Frostgrave: Thaw of The Lich Lord 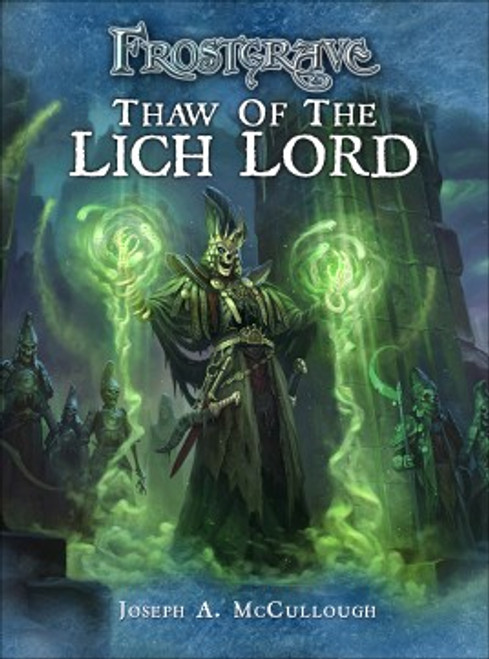 Frostgrave: Thaw of The Lich Lord

Thaw of the Lich Lord is a complete campaign for Frostgrave that will challenge both new and veteran players. Through a series of linked scenarios, players discover the existence of a new power in the Frozen City, one who was old when the great city was still young, and who saw both its rise and its disastrous fall. Warbands will confront the Lich Lord's minions, race against his agents to seize possession of mysterious artefacts, and brave the perils of Frostgrave in search of his lair. Eventually, they will need to muster all their courage to venture into the depths of the city and face the Lich Lord himself. Not all wizards will seek to stop the Lich Lord, however, and full rules for giving into his corruption and following the dark road to becoming an undead lich are presented for those who crave power and immortality above all else. While the campaign presents many new threats against which wizards and their warbands must test themselves, including an expanded bestiary, it also offers additional resources, such as new henchmen that can be recruited and unique magical treasures that can spell the difference between survival and oblivion.

Frostgrave: Into The Breeding Pits