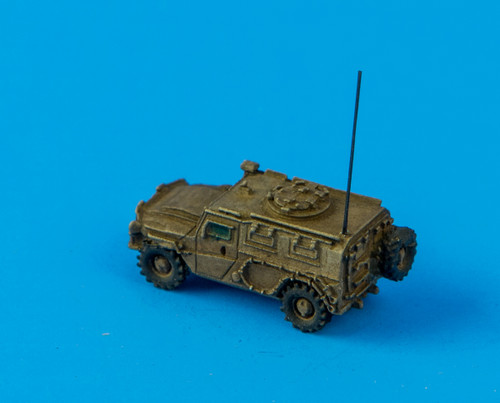 The Tigr was first shown as the IDEX exhibition in 2001. Pilot production started in 2004 with 96 vehicles. The Russian Army officially adopted the GAZ-2975 into service at the end of 2006. The vehicle was then officially manufactured in 2007.

During the 2010 Interpolitex exhibition, MIC presented the upgraded version of GAZ Tigr-the VPK-233114 Tigr-M-with a new YaMZ-534 diesel engine, additional armour and an NBC protection system. This new GAZ Tigr-M entered service with the Russian army during the first half of the 2013. Mass production and the export version have already been launched.

Tigr armoured cars are reported to be among the AFVs being deployed by Russia in the current (late February 2014) Crimean crisis, part of the fallout from the ongoing Ukrainian revolution. Interestingly, they seem to belong to the Russian Naval Infantry, but that combat arm has not been previously identified as a Tigr user, suggesting that the examples spotted (in a column near Sevastopol on the night of February 28th, 2014) are vehicles transferred or on loan from their primary military user, the Russian Army.