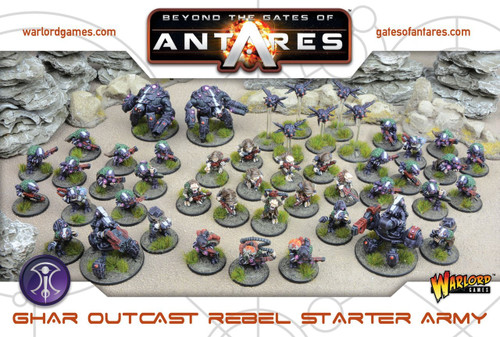 The Ghar Empire is torn asunder by rebellion! From the world of Gharon Prime the Supreme Commander despatches his vast and powerful armies to track down and destroy the rebels. Alas, even the best and most favoured of the Ghar Commanders is no match for this ragged army of mere Outcasts led by the most notorious and dangerous of them all – the former commander and now disgraced Fartok!

Even more frustratingly for the Supreme Commander, the rebellion grows stronger every day as more Ghar flock to join the ranks of the Outcast Rebel Army. Their numbers and their power grow with every strike upon an Empire bastion and every raid on an Empire supply convoy.