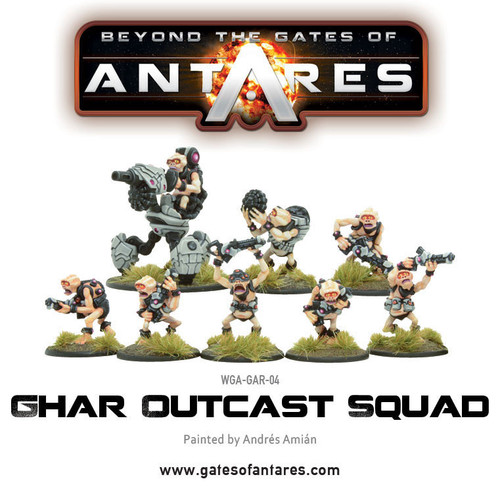 Ghar are as pitiless in their dealings with each other as they are with their enemies.Those who fail in the eyes of their masters become Outcasts – stripped of their warrior status, their lives to be expended in the service of the Ghar Supreme Commander. In battle Outcasts are driven before the advancing Ghar forces to discover enemies lurking behind cover, or sent to occupy forward positions where they can act as an expendable alarm system against attack. Ghar warriors despise Outcasts almost as much as they despise mere humans, and even Outcasts despise each other – for the Ghar are an unforgiving race with no tolerance of failure!