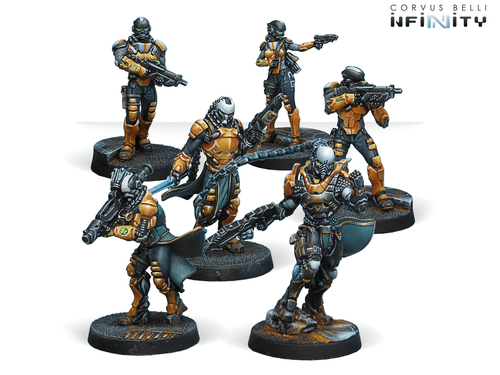 This Starter Pack is the best choice to start collecting, providing the core units of any army list: three Celestial Guards with Combi Rifles, the backbone of the StateEmpire; an Imperial Agent Crane Rank, a Heavy Infantry trooper with a Spitfire, ready to clear the path to your combat force; an Imperial Agent Pheasant Rank, ready to take the command; and also a Zhànying Imperial Agent with a Missile Launcher, the perfect reactive trooper, always prepared and aware.