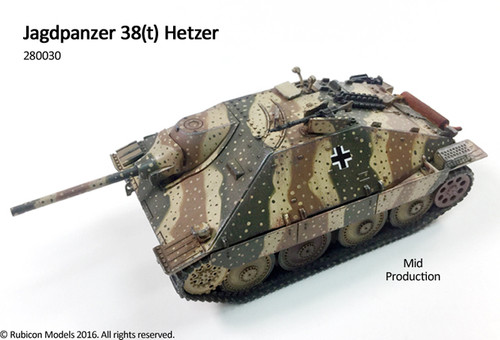 The Jagdpanzer 38(t) was intended to be more cost-effective than the much more ambitious Jagdpanther and Jagdtiger designs of the same period.  Using a proven chassis, it avoided the mechanical problems of the larger armoured vehicles.

The Flammpanzer 38(t) was a Jagdpanzer 38(t) modified with a Keobe flamethrower in place of the main gun.  It was deployed on the Western Front, with first use during the Battle of the Bulge.  Less than 50 units were produced.