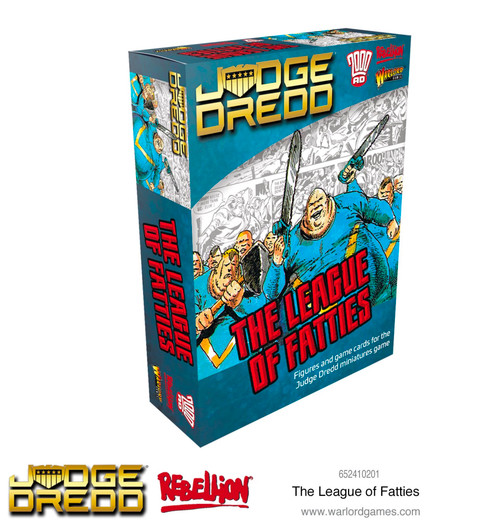 In the 2080s speed and volume eating, ‘scoffing’, became a competitive sport and extreme obesity became the desired body image for many Mega-City citizens.

In retaliation to the percieved injustice of the food restrictions following the Apocalypse War, militant elements of the obese founded the ‘League of Fatties’ believing they had an inalienable right to food, which they would take by any means necessary.

Whilst an individual Fattie might seem a less than threatening figure, the first food raids saw massed wedges of obese activists trundling forward supported by their BeliWheels®. With their layers of flab providing a natural armour against anything but the most lethal weapons, little could stop them once momentum was gained.