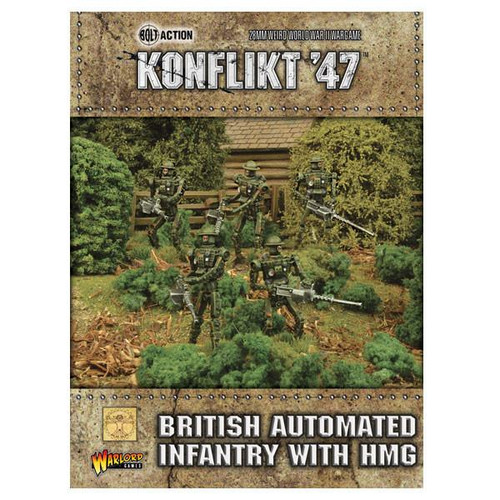 These mechanical monstrosities tower over the average soldier, this allows them to bear heavy machine guns with little penalty. Used to spearhead assaults or guard rear-flanks, these are mainly used for casualty heavy missions. The ideal solider to counter all of the British Empire threats, and to protect the British solider on the front-line.

After the impact the first Rift-tech has on the battlefield, neither side is under any illusion of the importance of exploiting the material they are receiving. The US step up their efforts and bring in many leading British scientists in an effort to beat the Axis powers in this new arms race.

Automated Infantry can act like mobile machine gun teams, being able to equip an heavy machine gun and support any unit with a huge volley of fire. Whilst individually tough, each casualty will hurt so ensure they are behind cover or give them appropriate support.