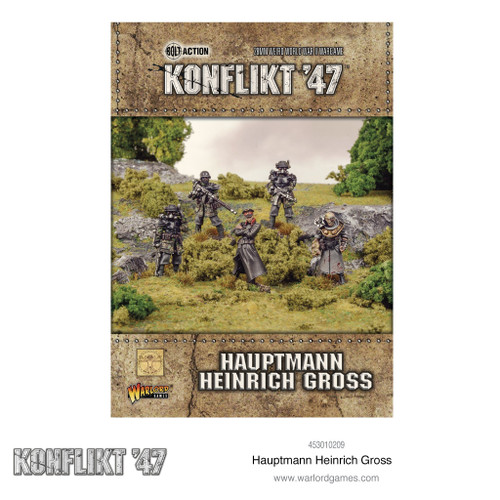 SS Hauptman Gross is a rising star in the SS Shocktrooper brigades, and as such has been able to assemble his own command group of specialists to enhance his company command and maximise his unit’s impact on the battlefield. Hauptmann Gross has been the subject of a number of experimental Rift-tech enhancements that remain shrouded in secrecy, but it is clear there is something more than human about him.

His ability to inspire his men is almost supernatural and he is rumoured to possess superior strength, speed and toughness. His reputation as a bestial and bloodthirsty fighter has certainly been earned the hard way at the front line. Hauptmann Gross is also a ruthless and clinical tactician, not averse to sacrificing those around him in pursuit of his goal of leading Germany to ultimate victory.