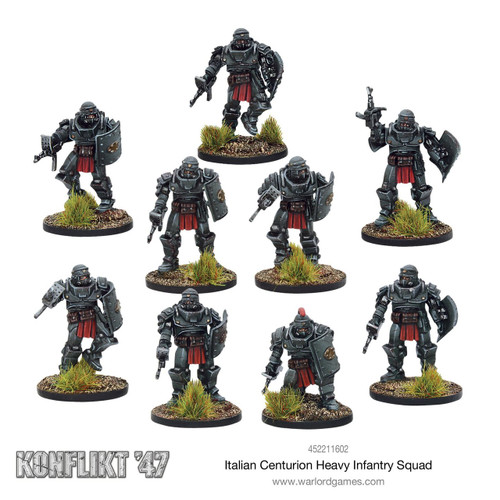 Unlike the German version, the assault rifle is fixed into the arm of the wearer, harder to reload, but easier to use with the ballistic shield. Nevertheless, the toughness and resilience of the Centurion suits are at the pinnacle of any nation’s Rift tech capability and presents a stiff obstacle for any Allied assault.