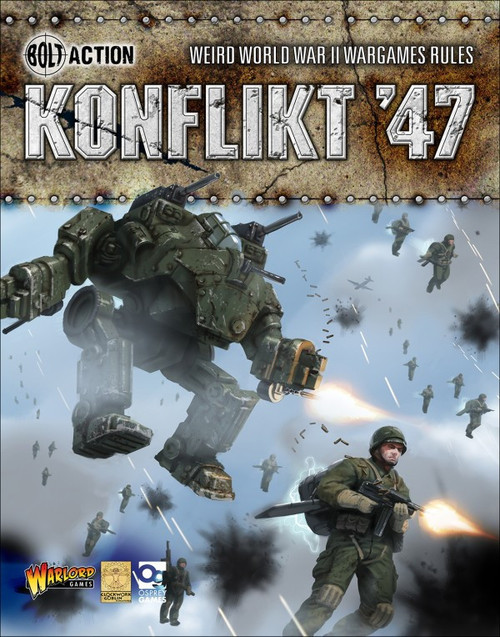 Written by Chris Hale and with fantastic artwork by Jon Cave and Russ Charles this mighty 208 page rule book contains the complete background and rules to play 1947 weird WWII with your Bolt Action forces.

Konflikt 47 introduces ‘Weird War’ weaponry – including the stunning range of walkers and other mechanical monstrosities!