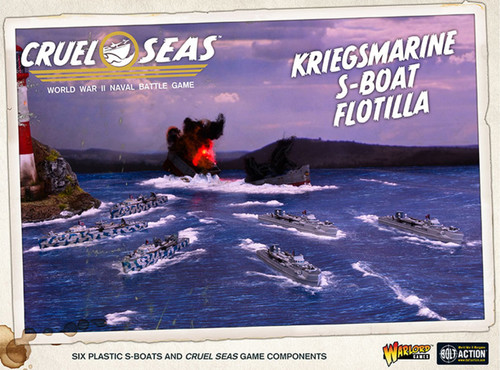 The Schnellboat or ‘E Boat’ as the British Admiralty called them, E for enemy, was a truly formidable beast, in many ways incomparable in detail to the other nation’s boats.

In sheer size alone, the E boat was much, much bigger. Allied boats tended to be 70-80 feet in length, the E boat 115 feet long, and the laws of physics, though complex, favour a larger hull for speed over a shorter one.

German engineering also gave them another advantage, as when speed reached 25 knots, a crank mechanism when turned moved 2 side rudders to flare, symmetrically outward at 30 degrees, creating an air-filled hollow space, the so-called Lürssen effect. This gave three distinct advantages, greater speed, a reduction in the tell-tale wake of the speeding boat, and finally settled the boat in a more efficient plane, leaving the vessel shallower in the water, most useful in mine and torpedo infested waters and remarkable for a boat weighing in at 100 tons!