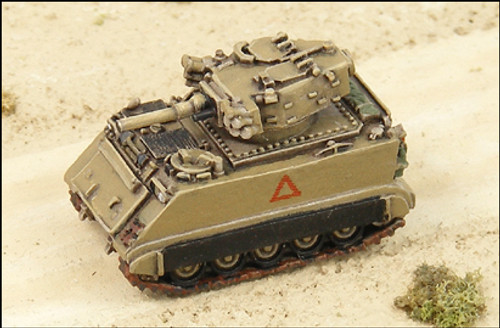 M113A1 Fire Support Vehicle (FSV) - Full designation Carrier, Fire Support, Full Track M113A1 (FS) Saladin Turret was a variant fitted with the turret from the Alvis Saladin armored car. The FSV was introduced into Australian Army units in the mid-1960s following the withdrawal of the Saladins and was armed with a 76mm gun, a .30 caliber coaxial machine gun and a .30 caliber machine gun mounted on the roof of the vehicle's turret. The M113 was an interim vehicle and was replaced by the M113 Medium Reconnaissance Vehicle in the late 1970s. It was commonly referred to by Royal Australian Armoured Corps crews as the "Beast".