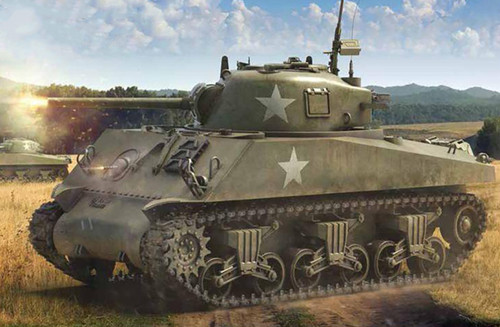 The M4A3 Sherman would be the base for what would be the final Sherman in US Army use, seeing action all the way out to the Korean War in US Army hands.  This tank had a welded hull just like the M4, M4A2, and M4A4, but used a new motor.  The Ford GAA V8, this motor took some time for its bugs to be worked out, the US Army didn’t use it until it was ready for serious production.  When it was, it became the preferred US Army version of the tank in both the 75mm and 76mm forms.  It would see all the improvements, and be the first hull type to take the HVSS suspension system into combat for the US Army.