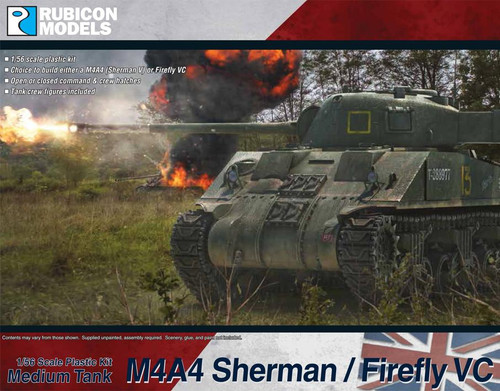 Based on the M4A4 Sherman, the British Firefly VC was fitted with the powerful 3-inch (76.2mm) calibre 17-pounder anti-tank gun as its main weapon. Originally conceived as a stopgap until future British tank designs came into service, the Firefly VC became the most common vehicle mounting the 17-pounder in the war. It was put into production in early 1944, in time to equip Field Marshal Montgomery’s 21st Army Group for the Normandy landings. It soon became highly valued, as its gun could almost always penetrate the armour of the Panther and Tiger tanks it faced in Normandy. In recognition of this, German tank and anti-tank gun crews were instructed to attack Fireflies first. Due to the Firefly having a visibly longer barrel, crews tried to camouflage it so that the tank would look like a normal 75mm-gun Sherman from a distance. Approximately 2,000 Firefly VC were manufactured before production wound down in 1945.