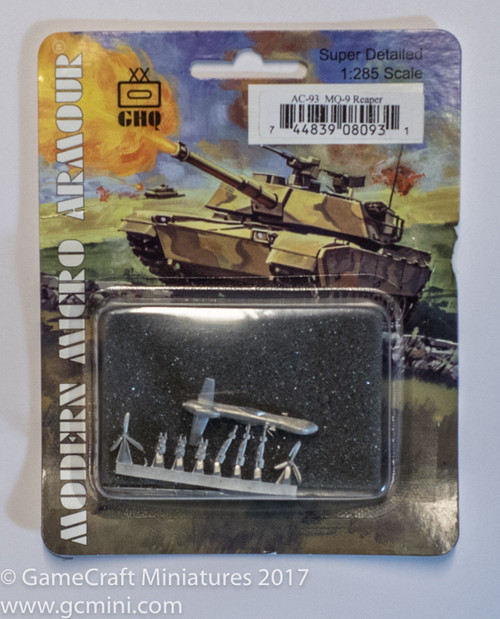 The General Atomics MQ-9 Reaper (formerly called Predator B) is an unmanned aerial vehicle (UAV), capable of remote controlled or autonomous flight operations, developed by General Atomics Aeronautical Systems (GA-ASI) for use by the United States Air Force, the United States Navy, the CIA, U.S. Customs and Border Protection, the Royal Air Force, and the Italian Air Force. The MQ-9 and other UAVs are referred to as Remotely Piloted Vehicles/Aircraft (RPV/RPA) by the U.S. Air Force to indicate their human ground controllers. The MQ-9 is the first hunter-killer UAV designed for long-endurance, high-altitude surveillance.

The MQ-9 is a larger, heavier, and more capable aircraft than the earlier MQ-1 Predator; it can be controlled by the same ground systems used to control MQ-1s. The Reaper has a 950-shaft-horsepower (712 kW) turboprop engine, far more powerful than the Predator's 115 hp (86 kW) piston engine. The power increase allows the Reaper to carry 15 times more ordnance payload and cruise at almost three times the speed of the MQ-1. Although the MQ-9 can fly pre-programmed routes autonomously, the aircraft is monitored or controlled by aircrew in the Ground Control Station (GCS) and weapons employment is commanded by the flight crew.