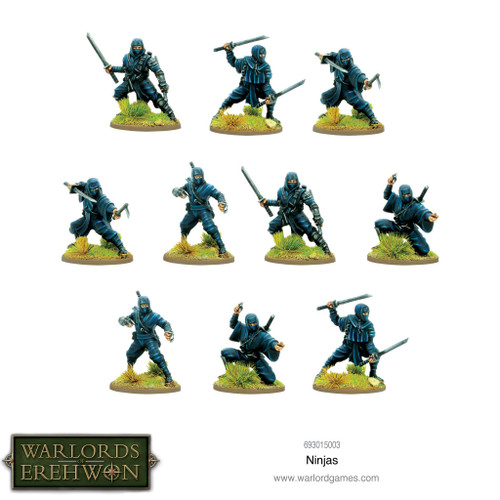 Striking from the shadows before fading away into blackness, these legendary figures has become a staple of popular culture from the early 19th century onwards. Our portrayal of these cold-blooded killers is a little tongue-in-cheek, with their black pyjamas and brandished blades!

Masters of unconventional warfare, the ninja rose to prominence during the Sengoku period. Their daimyo masters tasked them with assassination, sabotage and psychological warfare - dishonourable acts that the average samurai would refuse on principle.

Ninja Warriors on the Battlefield

Special: You can include a maximum of one unit of Ninja in your warband.