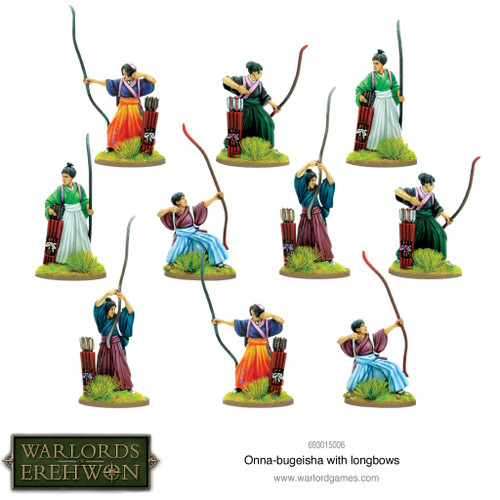 From the earliest days of Japanese rule, women were trained in the art of battle, becoming proficient with knives and pole weapons. When communities were short of male fighters, the women would step up to bolster the ranks, using their naginata and tanto to great effect!

Some Onna-bugeisha became legendary figures during the various wars that punctuate Japan's storied history. One, the Empress Jingu, allegedly conquered the whole of the Korean peninsula without spilling a single drop of blood. Another, Onamihime, became the de facto head of the Nikaido clan and led their armies into battle during the Sengoku period.