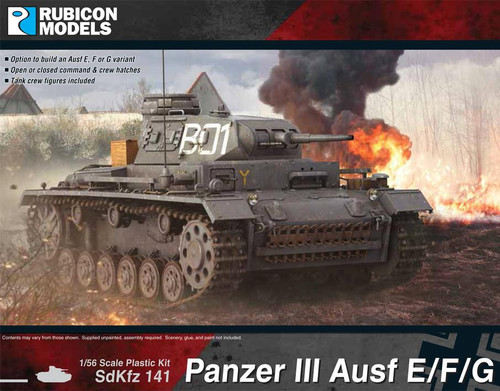 The Ausf F was initially armed with a 3.7cm KwK 36 L/46.5 gun and later up armoured and fitted with 5cm KwK 38 L/42 gun. Armoured vents were fitted to the turret roof and rear engine deck to enable it to cope with the dust and heat of the North African desert. Paint was dark yellow (dunkelgelb) with extensive usage on the Eastern Front.
The Ausf G was produced between March 1940 and early 1941. The first Ausf G tanks were armed with 3.7cm KwK L/46.5 guns. Some took part in the invasion of Holland, Belgium and France in May 1940. After experience during the Battle of France, some were upgraded with a 5cm KwK 38 L/42 gun. They were used on the Eastern Front and in North Africa. Rear turret stowage boxes were sometimes fitted later.