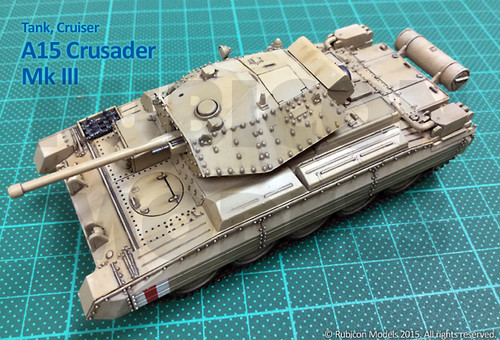 The Tank, Cruiser, Mk VI or A15 Crusader was one of the primary British cruiser tanks of the early part Second World War and perhaps the most important British tank of the North African Campaign. The Crusader’s mobility made it a favourite of British tank crews and once upgraded with the Ordnance QF 6 pounder main gun made it more than a match for the early Panzer III and Panzer IV tanks it faced in combat.